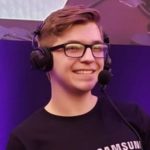 When he was in 7th Grade, he was studying Microsoft programs in computers. The classes were very basic, so he would get his assignments done quickly and then go online to play java games on one of the school approved sites. He would usually play as a duck in one of the games that he usually played. Therefore, when he later got into trick-shotting on his Xbox, he decided to call himself ‘Ducky’ in reference to that character.

DuckyTheGamer started gaming in the 4th Grade when he and his brother were given a PlayStation 2 to share, along with NCAA Football 2005. This was followed by other consoles such as a Wii and an Xbox 360. Outside of gaming, he also played a variety of IRL sports casually while he was growing up, including soccer, baseball, and football.

After high school, he went on to study Engineering at college, but decided to drop out to pursue full time streaming four months into his first semester.

He originally began uploading mobile video game content to YouTube in September 2012, starting with Minecraft. As the years went on, his channel slowly grew and he moved on to other mobile games, including Madden, NBA LIVE and Clash of Clans, among others. Madden particularly marked a big spike in his channels growth after he began uploading highly successful tutorials to YouTube.

He started livestreaming Call of Duty console content on Twitch in early May 2016. Although he tried out Fortnite on the PC during season 1, he didn’t enjoy it, as he was primarily a console and mobile gamer, so he went back to his other games until Fortnite was released on mobile during season 3 in February 2018. He only started uploading content for it in April 2018, after giving himself a couple of months to develop his skills.

At this point, DuckTheGamer’s Twitch career really took off thanks to the fact that he was the first content creator to stream mobile Fortnite content.

He was signed on with compLexity Gaming in June 2019 and moved to the compLexity house in Texas. He remained with them until the following July in order to move back to North Carolina for personal reasons.
He joined One Percent in February 2021, and was with them until November 2021, when he moved to Ghost Gaming.

According to his Twitch overlay, DuckyTheGamer has around 650 subscribers. As he regularly attracts over 1,000 viewers, he should therefore be receiving a  base monthly income of at least $2,275 USD. This excludes additional revenue generate by tiered subscribers, merchandise sales, donations, Twitch cheer bit contributions, advertisements and sponsorships.  EsportsEarnings estimates that he has won over ~$104,400 USD from various tournaments

DuckyTheGamer discusses how he creates content that engages and appeals to a global audience link
7,000 Subscriber QnA! Thank you guys!! link
WHERE HAVE I BEEN?! link
I left my Fortnite Team... (why I left COL) link
I Left 1%... (Joined New Org) link
I JOINED ONE PERCENT! link
Pro Mobile Player on 120fps (1:00.00) link 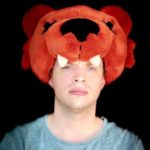