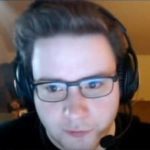 When he was about thirteen, his dad gave him his Steam account when he was done with it. It was called DroneSniper, and he shortened it to ‘Drone’ because he thought the full version was lame.

drone was introduced to video games by his dad. He went to a vocational high school for IT but decided to go pro in esports rather than pursue IT in college after graduating.

He first started playing Counter-Strike: Global Offensive during 1.6 in 2008 and played over 9,000 hours before he had had enough of it. He got into the Valorant closed beta in April 2020 through EMD Ian and loved it because the mechanics were so similar to Counter-Strike, and yet there was also variance thanks to the character abilities.

drone decided to try making esports into his fulltime career when he made it onto a real MDL CS:GO team, Team Prospects. This was followed by a brief stint on CLG, before he joined Splyce in December 2016 and remained with them until the team was disbanded in April 2018.

drone’s Twitch chat bot puts his subscriber count at around 85. This means that he should be earning at least $210 USD per month, excluding additional income from tiered subscriptions, tips, Twitch cheer bit donations, sponsorships, team salary, advertisements and tournament winnings. EsportsEarnings totals his esports winnings at over $30,000 USD.