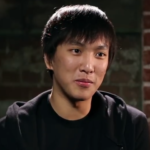 Aside from gaming, Peng enjoyed performing magic tricks. One of the most basic magic tricks that he knows is called the ‘double lift.’

Doublelift has been playing video games since he was a child. Unfortunately, his passion was a source of contention between him and his parents. He therefore hid his involvement in competitive gaming from his parents, until he eventually needed their consent to participate in the 2011 DreamHack Season 1 Summer Championships as a member of Epik Gamer in Sweden. When he turned 18, he got into a fight with his mother and got kicked out of the house. He reached out to his fans, who donated of thousands of dollars to help him out. His situation forced him to depend on his potential pro-gaming career to support himself, the alternative being to rely of minimum-wage jobs. A couple of years later, he reonciled with his parents, and they are now supportive of his career path.

He lived with his friend Travis, struggling to pay the rent each month. However, his break finally came when he began writing content for Team Curse’s website, as well as participating as a team member. As he and his team participated in tournaments, his skill became recognized by bigger teams. He was finally offered a position at CLG.

He joined Team Liquid in November 2017 and remained with them until April 2020, when he was traded back to Team SoloMid. However, in November 2021, he announced his retirement from the pro-scene and has since been focusing on streaming fulltime instead.

DisguisedToast is estimated to have ~2,800 subscribers, with an average viewership of ~8,580. This should earn him at least $9,800 USD per month, excluding additional income from his team salary, sponsorships, tiered subscriptions, tips, Twitch cheer bit donations, merchandise sales tournament winnings and advertisements. He is estimated to have earned at least $305,300 USD from various tournaments.