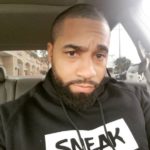 Dcarter’s first MMO was the original Everquest game that he played on a Compaq Presario. He then moved on in Everquest II in 2004 and mained it until 2012, along with Aion from 2008. He continued to play two MMOs concurrently until The Burning Legion was released for World of Warcraft (WoW) in May 2016 when he applied for and received a beta key. It was also his first time playing WoW ever.

He originally started streaming Everquest II in mid-2013 in order to record his kills. To his surprise, he discovered that there were people who wanted to watch, so he continued to do so. He then got into watching another streamer’s Final Fantasy XIV content. As he became more invested in that streamer’s community, the idea of developing in his own community filled with other like-minded gamers with whom he would be sharing an experience with started to appeal to him.

He therefore waited until WildStar release in April 2014 to make a serious attempt at streaming. He developed a consistent schedule and then continue streaming various MMOs from then on.

He doesn’t have a set schedule but does tend to stream daily for between 2-10½ hours per session.

Dcarter's birthday is on August 26th and his all-time favorite MMO is EverQuest II.