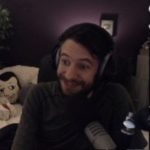 Crendor has been playing video games since he was little, with his favorite childhood game being Banjo-Kazooie which he played on his Nintendo 64. As he got older, he really wanted to find a job that would enable him to work from home and at his own pace.

He started playing World of Warcraft in 2004 after his friends got into it and he thought that it looked fun. He attended college after high school.

He started creating World of Warcraft YouTube content in January 2009 because he wanted to practice his Flash Video skills. When he saw that his videos were attracting viewers, he decided to keep at it. He then started streaming on Twitch in January 2014 and has since become a variety streamer.

He met Jesse Cox in mid-2011 when Jesse reached out to him about co-laborating for World of Warcraft content, although it took them a couple of months to get started. They slowly started creating more and more joint content together. They hosted their first Cox’n’Crendor podcast on August 31, 2013 and have kept it up ever since.

According to his Twitch overly, Crendor has over 1,050 Twitch subscribers. This means that his base monthly income is around $2,625 USD per month, excluding revenue from tiered subscriptions, advertisements, sponsorships, merchandise sales, Twitch cheer bit donations and tips.

He doesn’t have a set schedule but tends to stream almost daily for between 1 – 5 hours per session.

Electro Voice RE-20
Tweets by @crendor