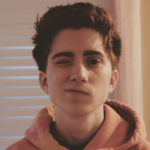 He has a sister and a dog.

ClintStevens gained popularity due to his speed running achievements in various titles, as well as his crude sense of humor and engagement with his chat community. His channel is not appropriate for children. He is known for his nonconsistency and months-long hiatuses from Twitch, although he is not very consistent on YouTube either.

His parents are supportive of his career choice.

ClintStevens is estimated to have over 6,200 subscribers, with over 3,950 viewers per stream. This means that he minimally earns around $21,700 USD per month, excluding additional income from sponsorships, tiered subscriptions, tips, Twitch cheer bit donations, and advertisements.

He streams sporadically due to his health issues. When he streams, it’s usually for between 4 – 9 hours.