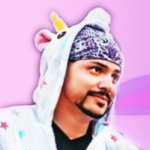 He and his three sisters were raised by a hard-working, single mother. He married his wife in 2015. His nephew is @SquiiLTV.

CDNthe#rd grew up playing a wide variety of video games.

His family is supportive of his career choice.

CDNThe3rd began playing professionally in 2007. His professional career really took off when he was featured in Season 2 on WCG Ultimate Gamer in 2009, where he came in third overall. He began streaming on YouTube on 2013 and progressed to Twitch in 2015. From then on, he focused mainly on H1Z1 and PUBG before switching to Fornite upon its release. He joined Luninosity Gaming in July 2018 and remained with them until 2020.

CDNThe3rd is estimated to have ~11,450 subscribers with an average viewership of ~5,100. This would place his base monthly income at ~$40,075 USD. This amount excludes other sources of income such as tiered subscriptions, tips, sponsorships, Twitch cheer bit contributions, and advertisements.