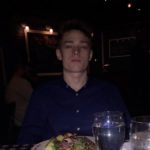 He has a dog called ‘Bella.’

He originally used the handle ‘Swag’ as a joke starting from the sixth grade based on a song, Turn My Swag On, by Soulja Boy that was popular around that time. He then changed it in June 2017 after having a vote on his Twitter feed, with 72% of his community voting for the change.

Brax and his older brother grew up skateboarding, hanging out with their cousins and playing basketball. He was introduced to Counter-Strike 1.5 by his uncle when he was seven years old. However, it was only a few years later after his family moved following Hurricane Katerina, that he and his brother bought themselves a copy of Counter-Strike: Global Offensive (CS:GO).

They soon became hooked and would constantly compete against one another. His desire to beat his brother is what ultimately lead him to hone his skills to the point where he felt that he could attempt to compete at LAN events.

He began playing CS:GO LAN ESEA tournaments with Back2Back Gaming when he was 14 years old, with his family accompanying him to the first two events. He went pro soon after and moved to various other teams over the years.

His parents were supportive of him, but on condition that he balance his schoolwork and pro-life. For this reason, when it became difficult for him to commute, he switched to online schooling after two-years. He then went on to pursue a fulltime gaming career when he graduated from high school.

Brax joined compLexity Gaming in 2013 but left them in March 2014 in order to join iBUYPOWER. In April 2015, he joined Cloud9 as an analyst and then later as a team-member. However, he had to settle for streaming soon afterwards following a ban from competitive play for match-fixing. He returned to competing in tournaments briefly in May 2017. He remained with Cloud9 until May 2019 when he joined Team Lazarus as part of their competitive team.

He is in a long-term relationship with SamanthaG_.

Brax is estimated to have around 500 subscribers, with an average viewership of ~1,619. This means that he should be earning at least $1,750 USD per month, excluding additional income from tiered subscriptions, tips, Twitch cheer bit donations, sponsorships, team salary, advertisements and tournament winnings. EsportsEarnings totals his esports winnings at over $82,000 USD.