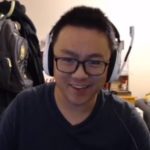 bobqinxd first started playing League of Legends (LoL) around the time that Miss Fortune was released in September 2010 during Season 1.

During Season 3, while he was still in high school, he randomly got placed in a match against Faker who was playing as ‘BarcodeKiller.’ He managed to kill him a couple of times, which made him first consider pursuing professional LoL, as Faker had just one the LCS finals.

After graduating from high school, he went on to study Forestry at the University of British Columbia.

During his first year of college, he and some friends formed a competitive collegiate team called UBC eSports. In late April 2015, they won Riot's North American Collegiate Championships (NACC) and walked away with $30,000 each in scholarship money. This motivated him to continue participating in professional esports. He and his team went on to win the next two years’ collegiate leagues as well.

He then decided to take a break from college in order to pursue a career in esports. His parents were supportive of this decision, as they felt that he could always return to college later if things didn’t work out. It then took him a year before he made it into an amateur team. Then, in 2017, he was finally able to land a spot on eUNITED as a sub. After a year, he joined Golden Guardian’s academy team and was then put on the main roster in August 2018.However, he found the real pro-scene to be too stressful and decided to pursue fulltime content creation instead.

It took him a few months before his channel started gaining momentum. This was especially thanks to the help that he got from other LoL content creators such as ChaseShaco, VoyBoy and Scarra. He started uploading content to YouTube in February 2019

During his five years in the pro-scene, he played in the Mid-Lane, even though he is largely known for his LeBlanc mastery. He joined Team Liquid's stream team in December 2021.

According to his Twitch chat bot, bobqinxd has around 2,120 subscribers. As he frequently attracts over 1,300 viewers,  his minimum monthly income should therefore be at least $7,420 USD per month. This excludes other revenue that he receives from tiered subscriptions, tips merchandise sales, Twitch cheer bit contributions, advertising, and sponsorships. According to his Twitch autobiography, has received over $19,750 from his top 11 contributors alone.