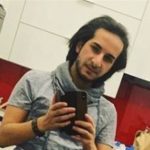 He originally chose ‘Bamboe’ after watching a martial arts film starring Bruce Lee. In the film, there was a fighting scene where the two fighters were using bamboo sticks. He thought that it looked cool, and so chose the Dutch spelling of bamboo as his name. He then added ‘sexy’ as he felt it reflected his playstyle. However, he changed it in 2012 so that it would sound more professional in tournaments.

Bamboe started playing DotA when he was around fifteen years old.

Although he had only really played DotA for fun, after he completed high school in 2012 he decided to attempt a pro-DotA career, as he was working in MacDonald’s at the time and felt that DotA was a more worthwhile pursuit. It took his parents a few years to come around to his career choice. Therefore in January 2012, when he was asked to join mousesports as a stand-in at The International he decided to take them up on their offer. Although they failed to achieve a high final placement, Bamboe was still promoted to a full member, and remained with them until October of that year.

From there, he transferred to various other teams until he finally joined Fade2Karma in April 2019. However, he stopped streaming in mid-February 2021.