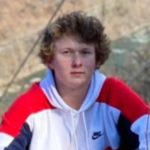 It is his initials.

AvFN graduated high school in July 2020 when he was 17 and then went on to pursue full-time competitive Fortnite and content creation.

He started streaming on Twitch in April 2019. He soon began gaining recognition in the Twitch community for his high placements in various Cash Cups, although he didn’t qualify for the world cup. After the world cup, he and Chap started teaming up which helped boost his popularity. However, his big break came when the two of them competed in the FNCS Duos championship in March 2020 where they placed fourth in the event. This earned him a spot on XSET Gaming in July 2020. He and Chap then went their separate ways.

According to his Twitch chat commands, AvFN has around 185 subscribers, which <a href="https://toptwitchstreamers.com/can-streamers-make-money-on-twitch/">should give him</a> a base monthly income of at least $460 USD. This is before he receives his additional earnings from sponsorships, his team salary, tournament winnings, tiered subscriptions, <a href="https://toptwitchstreamers.com/what-are-twitch-cheer-bits/">Twitch cheer bit</a> donations, advertisements and tips. According to hi Twitch bot, AvFN has won over $81,000 USD.