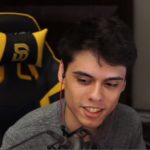 He was born in Dubai. His family later moved to Southern California as that’s where his dad is from.

He began playing Tom Clancy’s Rainbow Six: Siege on the console in 2014 and switched over to PC during the summer of 2016.

Aust1nian attempted his first YouTube video when he was in his freshman year of high school because a friend of his was also trying to get into it and Aust1nian thought that it looked like fun. However, he didn’t enjoy it at the time, so he stopped.

A while later, he started watching NickEh30’s YouTube content. During one of NickEh30’s videos, NickEh30 kept being recognized in-game. This inspired Aust1nian to try creating Rainbow Six: Siege content again, as he also wanted people to recognize him. He therefore began creating consistent YouTube content during the summer in 2015.

As his channel grew, Aust1nian became more passionate about pursuing fulltime streaming after high school, and so that is what he did as soon as he graduated. He joined Disrupt Gaming in May 2018 and was partnered with Twitch on May 8, 2019.