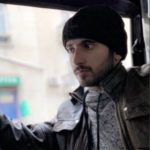 As a teenager, Attackerdota played World of Warcraft (WoW), DotA and then Dota 2 with his friend. He only played Dota casually during that point, as he was mining WoW at the time. However, his competitive edge was ignited in 2013 when his friend started challenging him by calling him a bad Dota 2 player. So, he decided to prove him wrong by giving himself a two-week period of grinding to improve his ranking.

He chose to use Kunkka, as it had been his main hero since his DotA days. He managed to hit 5.5 within that time frame but continued grinding to se how far he could go. He eventually managed to hit 6.5, with only a couple other players ahead of him on the EU leaderboards and he has been maining it ever since.

Attackerdota joined Complexity Gaming’s pro-Dota 2 team in October 2016. However, he transitioned to being part of their stream team in November 2017, in order to join the army. In the beginning, he streamed every week or two during that time, when he was able to. He returned to streaming more regularly in August 2018.

Inconsistent due to his army enlistment.

Attackerdota's birthday is on July 16th.