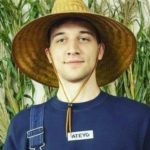 In 2013, Arteezy started playing Dota 2 with EternaLEnVy on his official team after they met through the game, Kaibi, online. After a few months, one of the team’s members wasn’t able to attend one of their LAN matches, so EternaLEnVy asked Arteezy to substitute for the tournament, which he was happy to do. After the tournament people recognized his skills, despite his still being in high school at the time.

This led to him approached by Alexander Garfield to join Evil Geniuses alongside Fear and Universe in 2014. Although he originally planned to attend university, he has been playing professionally ever since. Part of his contract with Evil Geniuses included streaming, which is how he got into it.

He is estimated to have won over $1,8 Million USD from various tournaments. This excludes earnings from his EG salary, merchandise sales, tips and sponsorships.