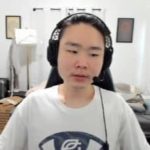 When he joined Xenics, the coach told him that everyone uses English gamertags in the pro scene and that he should choose something that is easy to call, so he decided to go with ‘Arrow.’

Arrowioi made his debut in the pro-LOL scene in 2013 with the South Korean team, Xenics Storm in 2013. However, the team disbanded in February 2013 and he was picked up by KT Rolster a few days later. He remained with them until November 2016 and joined Phoenix1 the following month. This prompted him to move to Los Angeles in January 2017. He remained with them for just under a year.

He then joined OpTic Gaming’s LOL roster in November 2017 and remained with them until October 2019. He then decided to return to Korea to focus on his content creation for a while. He then put out feelers again a year later, but it was only in April 2021 that he received his inaugural coaching role as a two0way player coach for Wildcard Gaming and He moved to North America to join them May 3, 2021. He then moved to immortals Academy as their ADC in December 2021.

TwitchStats puts arrowioi’s subcount at around 175. This means that he earns at least $440 USD every month. This is before he receives more revenue from tiered subscriptions, his team salary, coaching fees, tips, Twitch cheer bit contributions, advertisements, and sponsorships. EsportsEarnings puts his total tournament winnings at over $75,000 USD.