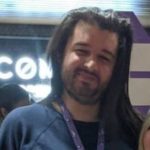 AnnieBot was introduced to League of Legends on August 28, 2012 by his roommate when he was in his first year of Mechanical Engineering at the University of California, Berkely. After a couple of weeks of maining Amumu with his friends, he decided to switch to Annie after seeing how strong she was in many of the games.

AnnieBot started streaming after many people saw him playing as a one-trick Annie pony in high elo and people encouraged him to do so. He decided to give it a try in December 2013 and found that he really enjoyed it, so much so that he would often stream for eight hours straight after a full day of classes.

He completed his degree before officially pursuing fulltime streaming and occasionally plays with other streamers.

AnnieBot has ~700 subscribers, which should earn him at least $1,750 USD per month, excluding additional revenue from sources such as tiered subscriptions, tips, sponsorships, advertisements and Twitch cheer bit contributions.

Although he doesn’t have a set schedule, he tends to stream almost daily form between 4.5 – 8 hours per session.