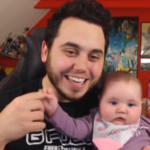 aDrive married @aJive in July 2016. They have a daughter anda dog called Lilli.

Prior to streaming, aDrive worked at a marketing firm. He has enjoyed playing Pokémon video games since his early Nintendo days.

aDrive originally started streaming in early 2014 because he wanted to become a Pokémon WiFi-battler. His channel grew quickly enough for him to receive full Twitch Partnership by August 2014. He was able to transition to full-time streaming his Pokémon Let’s Play and Shiny-hunting videos in April 2015.

aDrive is estimated to have over 10,000 subscribers and attracts ~550 viewers per broadcast. This means that he earns at least $25,000 USD per month. This is excludes other revenue that he generates from tiered subscriptions, tips, Twitch cheer bit donations, merchandise sales, tournament earnings, advertisements and sponsorships. According to Esport Earnings, he has won ~$7,500 USD from various tournaments. 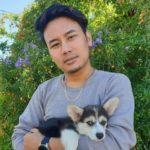