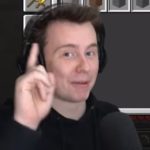 He has an older sister and two younger ones. He also has a dog and a pet spider.

He thought that it sounded nice (pronounced ‘muse-elk.’)

Muselk has been playing video games since childhood, starting with titles like Pokémon Yellowand Flash on his Nintendo Gameboy. The first game that he really got into was called Star Wars Galaxies, and after it died in 2011, he moved on to a variety of other games, including Battlefield 4, Dota 2, Call of Duty: BlackOps and Titanfall started playing Team Fortress 2(TF2) after his friend introduced him to it in 2010. However, he only really tried it out in 2011 and soon became addicted to it.

In 2014, the TF2 community started creating content called the ‘Badwater spawn to spawn wars’ whereby different users uploaded speed jumping videos between spawn points where they tried to race across the Badwater map as quickly as possible. Muselk thought it looked like fun, so he also started creating Badwater YouTube videos. He found that he enjoyed it, so he kept it up and gradually attracted a following. He moved on to livestreaming a couple of months later. After a couple of years of mainly streaming TF2 content, he moved on to Overwatch and then Fortnite, although he does play variety games as well.

His parents were supportive of his channel, on condition that his university marks didn’t suffer because of it. While he was at university, he also worked at a YouTube consultancy during vacation. However, in March 2015, he decided to drop out of his Commerce Law Degree at university to focus on streaming fulltime. In 2016, he cofounded Click Management and the Click Crew stream house in Sydney together with NRG Esports.

He decided to leave Twitch in favor of signing an exclusive streaming contract with YouTube gaming in January 2020. In July that same year, the Click Crew chose to disband and have since been creating solo content.