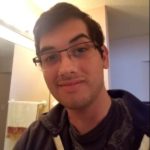 He started streaming on plays.tv in October 2015 and started uploading content to YouTube in December that year. He then transitioned to Twitch in 2016. During that time, he has remained a Riven main, although he does occasionally play other He joined Counter Logic Gaming (CLG)‘s stream team in April 2019.

According to TwitchStat’s, 1Adrianaries1 has around 570 subscribers. This would put his minimal monthly income at around least $1,425 USD. This excludes the additional income he gets from tiered subscriptions, Twitch Rival events, sponsorships, Twitch cheer bit contributions, advertisements and donations.