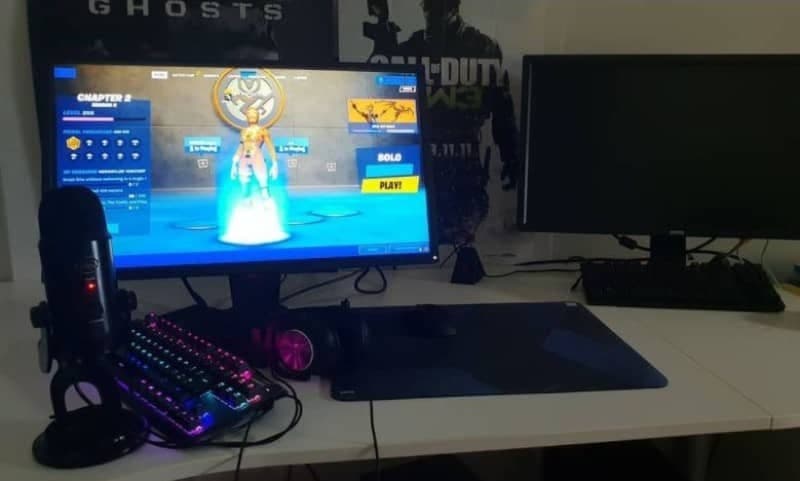 Mitr0 is a professional Fortnite player who has been making a name for himself ever since he started participating in various online tournaments back in June 2018. Since then, he has teamed up with Mongraal and competed in many events, including the inaugural Fortnite World Cup Duo Championship in July 2019 where they placed 6th overall. Not much has changed for him since then, as he continues to grind 10-hours+ days and participates in online events, even though he doesn’t stream most of it. Below, we have provided an overview of the peripherals that feature in mitr0’s gaming setup and that help ensure that he remains at the top of his game.

WHAT MONITOR DOES MITR0 USE? 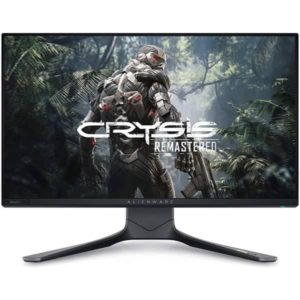 Mitr0 uses an Alienware 25 AW2521H monitor. Mitr0’s gaming setup features the latest Alienware monitor, as it was sponsored to him by the brand itself. It is capable of refreshing at the extreme rate of 360Hz @ 1ms (GtG). Its flat screen has LED backlighting that offers a typical brightness of 400 cd/m² (typical) at a pixel pitch of 0.2829 mm x 0.2802mm. It offers many built-in technologies, such as NVIDIA G-sync technology that helps to reduce screen tearing and stuttering for smoother gameplay. There are also many input and output device and connector ports.

WHAT MOUSE DOES MITR0 USE? 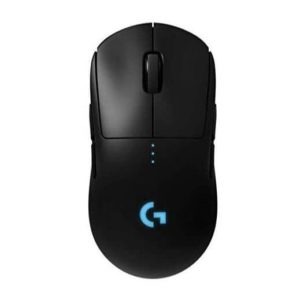 Mitr0 uses a Logitech G Pro wireless gaming mouse. The wireless version of the Logitech G Pro mouse has an asymmetrical design that allows for truly ambidextrous use thanks to option to add or remove two side buttons to either or both sides of the mouse. This allows for possibilities of either 4, 6 or 8 macro button which can accommodate up to 5 onboard profiles. It is also suitable for all grip types and measures 3.82 x 62.15 x 11.66cm (1.57 x 2.5 x 4.92”.)

Newer models are integrated with a Hero 25K optical sensor that provides a DPI range of 100 – 25,600 that can be adjusted in increments of 50 through its software. Up to 6 profiles can then be bound to the DPI button. The sensor can track at maximum speed of up to 400 IPS at a maximum acceleration of 40G. It also offers adjustable report rate options of 125Hz, 250Hz, 500Hz and 1,000Hz that can be adjusted on the fly. Furthermore, its LIGHTSYNC technology allows the RGB lighting to be synchronized with other Logitech G products through its HUB software. It is compatible with Windows 7 or later, or macOS 10.11 or later and weighs just 79g (2.7oz.)

WHAT MOUSEPAD DOES MITR0 USE? 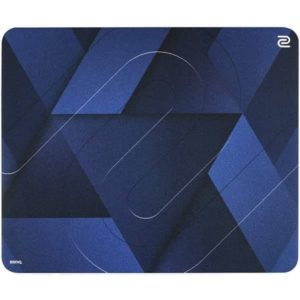 Mitr0 uses a BenQ Zowie G-SR SE mousepad. The G-SR SE is a 48 x 40 x 0.4cm (18.9 x 15.7 x 0.14”) cloth mousepad that is set on a rubberized base to prevent it from slipping during use. Similarly, it also has an even surface to ensure that the mouse glides smoothly and tracks accurately. It is available in several aesthetics, but mitr0 has opted for the Depp Blue version.

WHAT KEYBOARD DOES MITR0 USE? 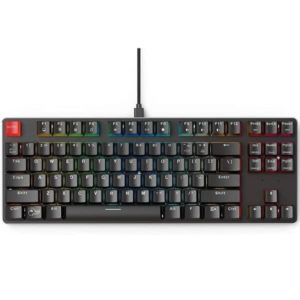 Mitr0 uses a Glorious Modular (GMMK-TKL-BRN) keyboard. Mitr0’s gaming setup includes the tenkeyless version of the Glorious Modular mechanical keyboard. It has a plug-and-play design and is set with Gateron Brown switches that operate at an actuation force of 35gf and an actuation point of 2.65mm and provide a smooth, tactile feedback. They can be easily swapped out for other compatible 3-pin switches such as Cherry MX, Kailh and Zeal switches. They are constructed from a sandblasted aluminum faceplate and the switches are topped with raised ABS doubleshot injection keycaps.

Furthermore, there are six lighting effects options that can be adjusted through the double-function features on the navigation keys. Macros can be set through its software, although it doesn’t have any dedicated macro keys. Its overall dimensions are 44 x 13 x 3.6cm (17.32 x 5.08 x 1.41″) and it has a non-detachable, 1.83m (6ft.) braided cable. It is compatible with Windows XP, Vista, 7, 8, 10, Mac OS and Linux systems.

WHAT HEADSET DOES MITR0 USE? 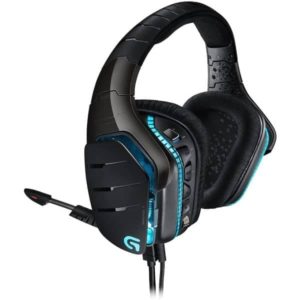 Mitr0 uses a Logitech G633 headset. The Logitech G633 is a wired, closed-backed headset set with 50mm hybrid mesh Pro G drivers. These drivers provide a frequency response range of 20-20,000Hz at a nominal impedance of 39 Ω 7.1 Dolby Surround Sound headset that is multi-platform compatible. This can be upgraded to DTS: X2.0 Surround Sound through the Logitech G Hub software, although this is only possible on devices running on Windows 7 (64-bit or later).

It is constructed primarily from plastic, aside from its steel slider. Otherwise, both the earcups and headband is cushioned with sports mesh padding. The earcup padding can be removed for handwashing. Additionally, there are audio controls, as well as three programable G-buttons on its earcup. These are pre-set with lighting and equalizer profiles. Its dual source audio connector allows it to be connected to two devices at once. This makes it possible to have a conversation on your mobile device while gaming.

Furthermore, it also features a flip-up boom microphone that has a unidirectional polar pattern. It provides an impressive frequency response range of 100-20,000Hz. However, it is should be said that mitr0 doesn’t make use of it as he has a dedicated microphone.

WHAT MICROPHONE DOES MITR0 USE? 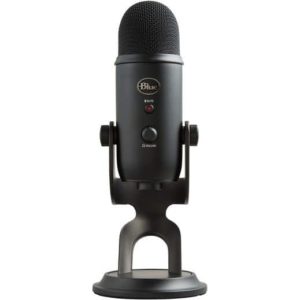 Mitr0 uses a Blue Yeti microphone. The Blue Yet is a basic plug-and-play USB microphone that operates at a side-address. It stands out in that its three built-in 14mm condenser capsules allow for a choice four polar patterns, which can be toggled between with the directional knob on its base. These patterns are: cardioid, bi-directional, figure-8 and stereo patterns. Its frequency response range is 20 – 20,000Hz and it operates at an impedance of 16 Ω and a maximum SPL of 120dB : 1kHz @ 1Pa.

It also has on-body controls for sensitivity, mute and volume. It comes with a detachable desk stand and is compatible with PCs with either Windows 7 or later or macOS 10.10 or later, as well as Xboxes and PS4s. 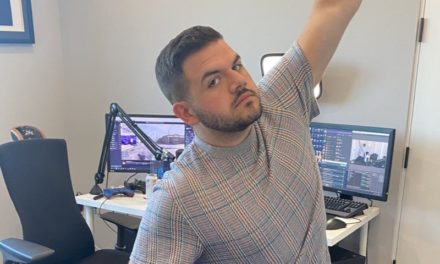 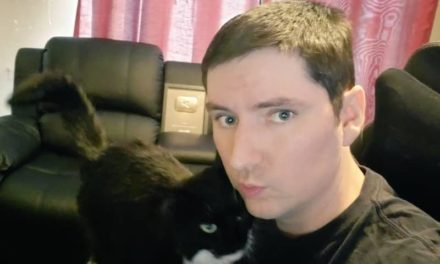 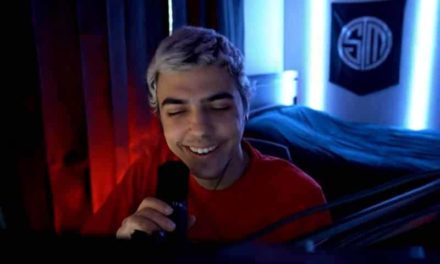 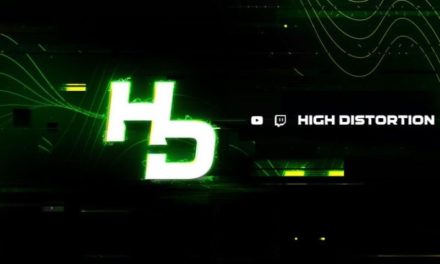