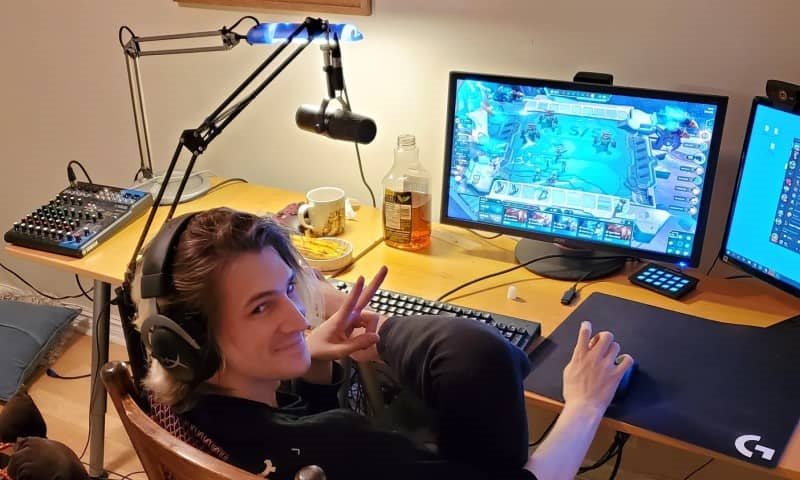 xQcOW is a variety streamer since retiring from pro-Overwatch in early 2018, he is still recognized for his high-level mechanical skills when he plays Overwatch and other fps games such as Apex Legends. Below, we have provided a detailed list of xQcOW’s gaming setup that helps him maintain his competitive edge during gameplays.

xQcOW’s streaming career took off pretty quickly, as he first started uploading Overwatch content to his YouTube channel in June 2016, just two months before he went on to compete at DreamHack Montreal BYOC Overwatch 2016, where he performed well enough to be offered a spot on Q?. After that, he went on to represent Team Canada at the Overwatch World Cup in 2017. They then came first against the Korean team, which cemented his position as one of the top Overwatch players in the world, and really skyrocketed in his career.

WHAT MONITOR DOES XQCOW USE? 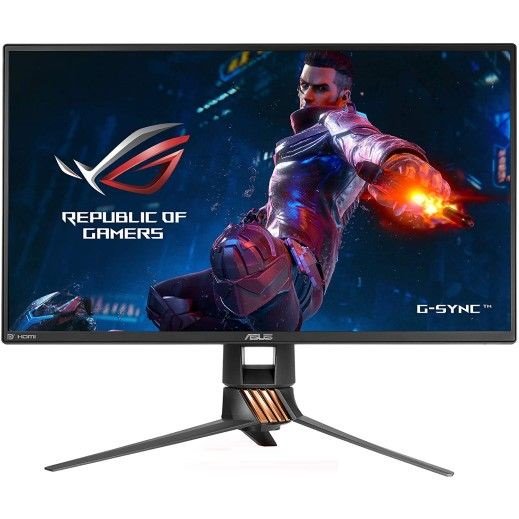 xQcOW’s gaming setup include an ASUS ROG Swift PG258Q monitor. The PG258Q is a 24.5-inch gaming monitor that allows for a maximum screen resolution of 1920 x 1080p. It integrates NVIDIA G-Sync technology to decrease instances of frame stuttering and screen tearing and has a response time of 1ms. The flick-free backlighting and TUX Rhineland-certified blue-light filter further improves gameplay by providing protection against eyestrain over long periods of gaming.

WHAT MOUSE DOES XQCOW USE? 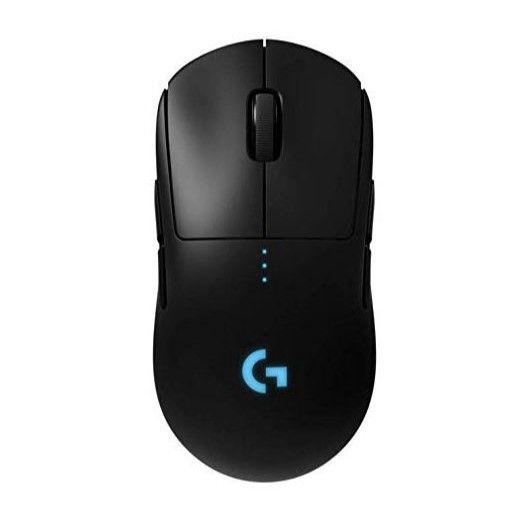 xQcOW’s mouse is a Logitech G Pro wireless gaming mouse. xQcOW’s gaming setup includes the ever-popular Logitech G Pro wireless mouse, which is used by many top pro and retired pro gamers, including Nadeshot, Dyrus and 72hrs. It is an ambidextrous mouse with an ambidextrous design that features a Hero 3 optical sensor that is capable of tracking speeds of up to 400ips with a report rate of up to 1,000Hz@1ms.

Additionally, its dpi can be adjusted in increments of 50 within a range of between 100 – 1,6000Hz through the Logitech G Hub software. The dpi can also be adjusted with the dpi button that is located on the underside of the mouse. There are further options of four removable macro buttons (two per side) in addition to the clickers and scroll wheel.

WHAT KEYBOARD DOES XQCOW USE? 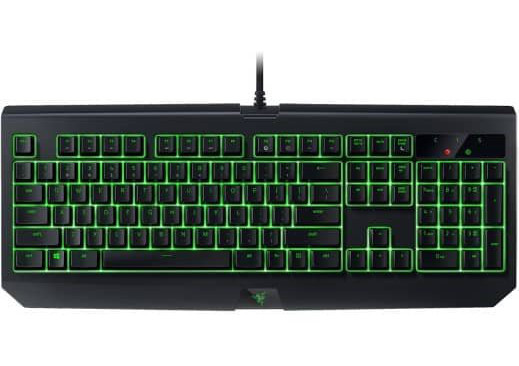 xQcOW uses a Razer BlackWidow Ultimate keyboard. The Razer BlackWidow Ultimate is a wired gaming keyboard that utilizes either Razer Green Mechanical Switches that are ‘Tactile and Clicky’ or ‘Silent’ Razer Orange switches. The Green version have an actuation force of 50g, while the Orange have and actuation force of 45g. The green LED back-lighting can be adjusted on a per-key basis through the Razor Synapse software. Furthermore, the number pad has 10 key roll-over anti-ghosting capabilities.

WHAT HEADSET DOES XQCOW USE? 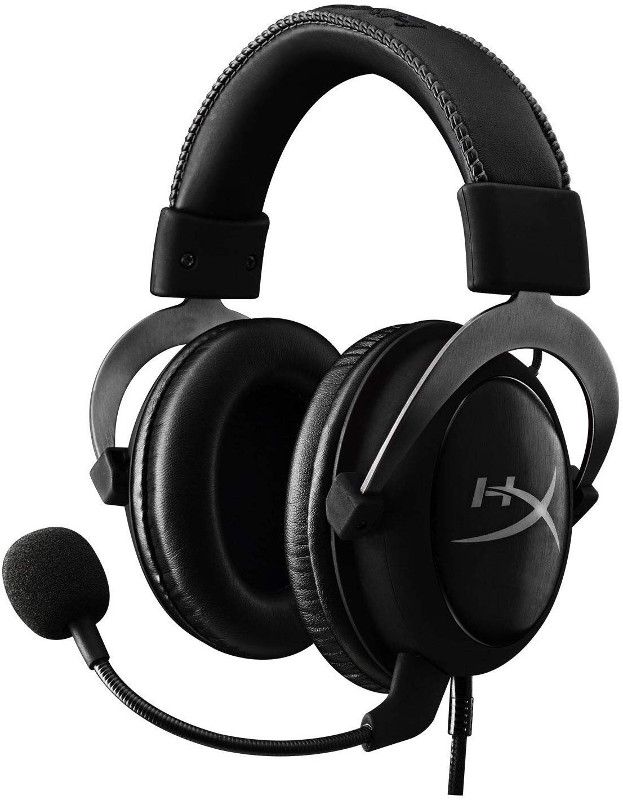 xQcOW uses a HyperX Cloud II (Gun Metal) headset. The HyperX Cloud II’s are an over-ear wired headset. They feature 53mm drivers that offer a frequency response range of between 15 – 25,000Hz with a nominal impedance of 60Ohms as well as a nominal SPL of 98±3dB. Its closed-backed design allows for a 7.1 surround sound effect.

The ear-cups are cushioned with memory foam-filled leatherette padding that can be swapped out with the velour padding alternative pads that are included with the set. It is constructed on an aluminum frame and has a padded leatherette headband.

The detachable, cardiod-patterned microphone is certified by both Discord and TeamSpeak. It has a frequency response range of 50 – 18,000Hz, which is well above the average headset’s maximum of 10,000Hz. It has a nominal impedance of ≤2.2 kΩ and a maximum SPL of 105dB. The mic is 15cm (5.9”) in length.

WHAT MICROPHONE DOES XQCOW USE?

xQcOW’s streaming setup includes a Shure SM7B microphone. The Shure SM7B is another popular piece of equipment in the streaming world. It is a unidirectional dynamic microphone with a large-diaphragm build that allows for a frequency response range of between 50 – 20,000 Hz, as well as a sensitivity of -50dB and a nominal impedance of 150Ohms.

Its inbuilt pop-filter helps to protect against unwanted plosive sounds from slipping through, while the removable wind screen guards against electrical and mechanical interference than might come from the other equipment such as the keyboard. There is also a high-press-filter and presence booster button located on its base.

It can be connected to your boom arm with it active stand nut, and you will also need to invest in an XLR cable and audio interface. This mic doesn’t require phantom power, though. 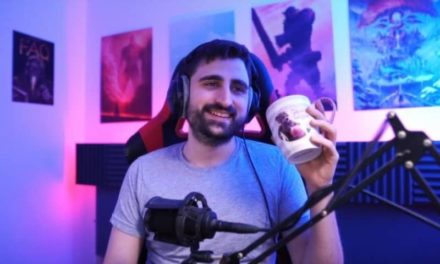 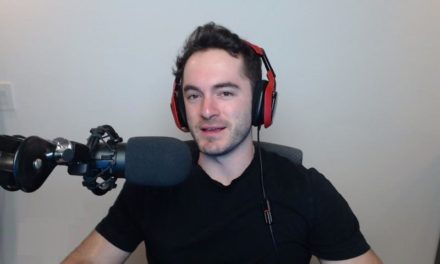 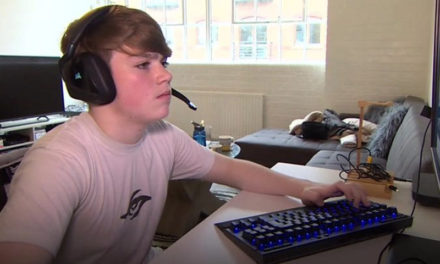 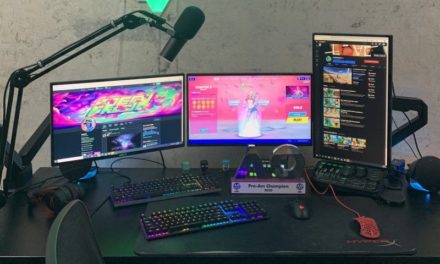