Viper was born in Syria, but spent his younger years moving between Syria and Kuwait due to the war that was going on there. When he was nine, his family managed to move to Canada as refugees. He started playing League of Legends during season 3 and managed to hit challenger in season 3.

He started streaming on Twitch in January 2015 and started uploading content to YouTube in August 2016. He was invited to join Team Liquid’s stream team that same year.  He was initially a Riven one-trick, but eventually branched out to master other Champions as well.  He got his first major break into the pro-League scene when he landed a spot on the Team Liquid Academy for the 2018 year. After that year, he transitioned to FlyQuests main roster in November 2017.

In May 2020, he moved to Team Dignitas for the Summer Split in the hopes of landing a permanent spot on their roster. However, this did not happen, and he only remained with them until his contract expired in November that year. He then joined Immortals in May 2021. 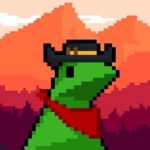 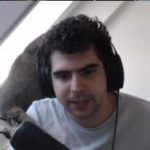