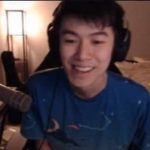 Although initially embarrassed by it, his parents are now proud of his career path since it has become mainstream.

Stunt grew up playing video games and was mainly playing Super Smash Bros: Brawl and Pokémon, before he started playing League of Legends (LOL) in season 3. His main motivation was that he wanted to compete in a game where ranking highly mattered, and so searched for a high-level competitive game to join.

Stunt first started competing in tournaments around 2014 and joined various organizations along the way. He joined Team Dignitas as a sub in place of Xspecial in January 2017. This lasted for a few months until May 2017, when he joined the Immortal’s LoL roster as a sub. He then signed with FlyQuest as part of the main roster in November 2017. They later traded him with 100 Thieves in May 2018 for their Academy team the split, after which he went solo for a bit. He then joined the official roster in November 2019 and remained with them until June 2020. He currently works as an assistant coach for No Org.