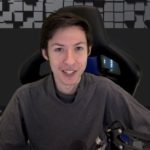 He used to play Worms Armageddon and was creating an army of worms one day. He decided to give each of them dragon elemental names, such as ‘Pyro,’ ‘Hydro,’ etc. He went with ‘Soaring’ for air but dropped the ‘g’ and substituted the ‘i’ with a ‘y.’ He then adopted it as his user name in other games.

While he was in college, he got bored and started developing the XyCraft mod for Minecraft together with @Chickenbones. He felt that this was a good use of his time, as he was combining two of his passions, namely Minecraft and coding, into a single hobby. He started working on it in 2013. As it was a free mod, they made their income from Patreon pledges provided by users who wanted to support their contributions.

Soaryn has ~2,000 subscribers, which should earn him about $7,500 USD per month, excluding additional revenue from tips, sponsorships and advertising.