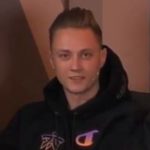 He has a younger and an older sister. His parents are divorced.

It is a homophone for ‘Reckless.’ He chose it, because after playing League of Legends for two years, he felt that he needed a new handle. He wanted to choose something similar to 'cold-blooded,' so he Googled synonyms and came up with 'reckless'.

Unlike most video gamers, Rekkles only really got into video games when he was in his mid-teens. Prior to that, his main focus had been soccer, but he was forced to quit after receiving a serious knee injury. He then discovered League of Legends and quickly moved up the solo-queue ladders in the EU.

By 2012, when he was only fifteen-years-old, he had gained enough of a reputation to be asked to substitute for both SK Gaming and Team BLACK. Due his performance at the MLG Summer Arena in 2012, he was approached by Fnatic to be their starting AD Carry in November 2012. However, when the LCS was formed, he was forced to take a year-long hiatus until he was old enough to compete on the circuit.

During that time, he temporarily joined the Copenhagen Wolves. When he turned eighteen, he returned to Fnatic and has been playing for them ever since, as he really enjoys the competition and travelling to different countries for tournaments. During most of this period he was living in the Fnatic house and continues to do so now. He briefly left Fnatic in November 2014 to join Alliance, but returned the next year.

He remained with Fnatic until November 18, 2020 and then signed a multi-year contract with G2 Esports. However, his contract was then sold to Karmine Corp in November 2021.

he has a long-distance girlfriend.

Rekkles doesn’t have a set schedule, as he focusses primarily on tournaments. He generally streams during the off-season.

He also advises patience, as it can take years before you finally move beyond gold.