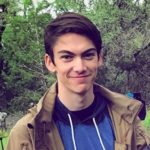 He has two older brothers and a sister, as well as a niece and nephew. One of his brothers is YouTuber, DemolitionMatt from the DemolitionRanch channel.

OperatorDrewski has been playing PC games since he was four years old, with his first being Halo: Combat Evolved. His older brother introduced him to Battlefield 2 when he was around eleven years old, which marked the beginning of his online gaming. During middle school, his main game was Fallout: New Vegas.

He struggled academically while he was high school and because he felt unable to complete his homework without help, he spent most of his free time either playing Battlefield 4 or watching gaming YouTube videos instead of studying. Some of his favorite YouTubers included Jackfrags and FRANKIEonPC.

He and his friend started up their YouTube channels in mid-2013 with the idea of created collaboration content, but they never really got them off the ground. Then, in mid-2015, OperatorDrewski again started uploading YouTube videos as a side job during his summer vacation in the hopes that it would grow into something bigger, with his initial content revolving around Arma 3 guide videos. His channel steadily grew so that he went from 2,000 subscribers in November 2015 to 10,000 subscribers in May 2016.  He then hit 100,000 subscribers November 15, 2016. During 2016, he also started live-streaming on Twitch occasionally.

After graduating high school, he decided to forgo college in favor of pursuing his career in content creation and hasn’t continued growing his brand since then. In early 2018, he began to stream more consistently on Twitch in addition to continuing with his YouTube content. Twitch has since become his main platform, although he does still upload content to his YouTube channel at least once a week.

He proposed to his fiancé in December 2019. 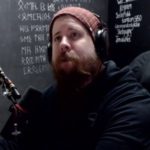 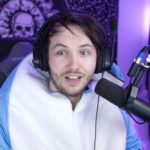