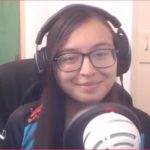 MeLanji was born in California, but grew up in Texas. She has since moved to Ontario, Canada. She started playing Valorant during its closed beta in April 2020.

She made her first attempt at steaming Fortnite in June 2018, and then later moved on to CS:GO. She began uploading content to her YouTube channel in March 2019. However, she only began making a serious effort in July 2020, a month after forming MAJKL with her current teammates. In September, they placed first in the FTW Summer Showdown, which attracted the attention of Cloud9 who signed them on as their first ever all-female team, Valorant White, the following month. She currently serves as its IGL.

According to meLanji’s Twitch chat bot, she has around 425 subscribers. This should earn her at least $1,060 USD per month, excluding additional income from her team salary, sponsorships, tournament winnings: tiered subscriptions, donations, Twitch cheer bit contributions, and advertisements. 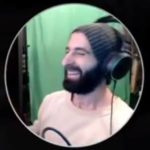