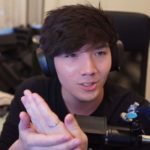 He has two Shibas.

It his his Japanese name. He decided to use it as his IGN after his brother recommended he do so.

Masayoshi started playing League of Legends in April 2011, around the time the Brand was released.

Prior to streaming fulltime, he worked as a server at Starbucks.

He originally started streaming League of Legends for his friends on own3d, but later switched to Twitch in November 2013 when own3d shut down. He finally received Twitch partnership on March 12, 2019. He only set up his YouTube channel in January 2020. He attributes much of his growth over the last two years, and 2020 especially, to his collaborations with other streamers in party games and social deduction games.