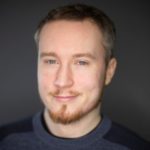 According to his chat bot, ‘okay so if you take the word in, and put it between the halves of the word jorbs, you get "in" between "jorbs," which as a phrase is the intended reading of the handle "jorbs." Jorb is a humorous mispronunciation of the word job by the character Coach Z from early webcartoon Homestar Runner. Coach Z has difficulty pronouncing simple words like jobs. Similarly, twelve-year-old jorbs has trouble picking good usernames.’

Jorbs first became interested in strategy games when he was taught chess at three years old. He later got into Magic the Gathering as well as online strategy games.

He started streaming in September 2011 with the goal of making it into a career. Therefore, he set out with aim of acquiring 300 concurrent viewers, as he felt that generate him enough income to get by each month with his basic needs. He never really planned to become rich at streaming.

He is known as being one of the top-ranked Slay the Spire players in the world.

He joined Fade2Karma’s stream team in January 2019. His language isn’t appropriate for kids.

He doesn’t have a set schedule but tends to stream daily for between 3 – 10 hours per day.