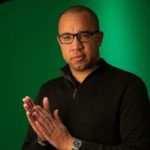 JamesBardolph originally got into Counter-Strike 1.6 in around 2002. However, in 2008 when he was still into Street Fighter IV and Team Fortress 2, became more serious about it when he saw the CS competitive side being advertised on Steam From there, he started entering LAN events and made it to both the Bushido Impact event in Paris and the Dreamhack Winter event in Sweden in November 2009.

Outside of gaming, he also played tennis for a bit while he was growing up. After craduating from high school, he attended college for a year and then went on to work in the IT department of a school. He then went into sales in Commercial Real Estate.

He got into casting in October 2014 after seeing Carn and Thorin vesting FNATIC CS:GO events at a bar in London called ‘Meltdown.’ He thought that it looked like something that he could do, especially as there wasn’t much of a casting scene in the UK at the time. So, he approached Carn and asked him whether he would be able to recommend him to cast future events. Carn then introduced him to FACEIT, and he wound up joining their organization.