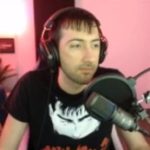 As a child, HotshotGG focused more on sports than video games, including basketball, volleyball and soccer. While he was growing up, he didn’t main a particular video game, but played a whole variety of games, including many of the bigger titles.

As a teenager, he started focusing on various MOBA titles’s, such as Heroes of Newerth and DotA. After high school, he went to the RTC Institute of Technology where he majored in Computer Network Engineering before switching to Video Game Design.

When he was 19 years old, he discovered League of Legends (LoL) and became addicted to it. He started streaming his gameplays on Twitch and his channel blew up. When he started making money from it, he decided to drop out of college to attempt a fulltime career as a LoL pro-player.

In 2010, he and his friends founded Counter Logic Gaming (CLG) to compete in the newly formed ESL League. It was a major risk at the time, because the scene was still developing, and the prize pool for third place often wasn’t enough to cover the basic travel expenses. However, they were all passionate about it, and decided to pursue it anyway. He was 21 when he decided to drop out of college to pursue pro-gaming.

As the team grew into an organization, he realized that he needed to commit himself fully to running the organization and therefore retired in June 2013. He continues to co-own CLG, alongside the Madison Square Garden Company who bought part-ownership in 2017 and is involved in managing it as CLG’s president. The organization continued to grow to the point where he made it onto Forbes’ 30 under 30 list in 2017.

Although he continued streaming when he could, it was not his priority and his channel failed for a long time. He continues to stream when he can. While his parents weren’t initially thrilled with his career choice, they did support him, with his mom even temporarily becoming the CEO of CLG in 2012. He stopped straming in January 2022.