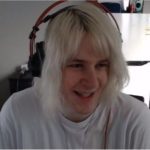 Elite500’s family moved to Switzerland when he was eight years old.

The ‘500’ in his tag came from his Halo days when he came up against a skilled player called ‘Cammmando500’ in Halo: Combat Evolved. He stole that player’s full tag for a few years before switching out ‘Cammando’ for ‘Elite’ after playing a Halo campaign with Elites.

Elite500 was introduced to League of Legends (LoL) by a group of his Minecraft friends during season 2 in late 2012. He played with them and got crushed, which sparked his competitive streak, thereby motivating him to grind it out to improve. However, it was only during season 3 that he really started maining LoL and was mainly playing Metin2 and Minecraft before that.

After being stuck in Diamond 1 for a while, he asked another player for advice. That player suggested that he try out Vladimir. He did so and found that the champion was better suited for his playstyle and he managed to grind up to Masters from there.

However, during Season 9, he hit a slump and after a few months, decided to receive coaching from veigarv2 and maxwaldo. This move paid off, as has able to make it back up to challenger after 24 days of coaching. He now even offers coaching himself.

Elite500 started working in an apprenticeship position at an IT company when he was in his first year of university and continued working for the same company, even after they were bought out in early 2019.  He received his Federal Certificate of IT, Systems and Networking in July 2019.

He started streaming in late 2016 during season 6 after realizing that he wanted to attempt a fulltime career in it. He slowly grew his channel while he continued to attend university and work full time. His effort paid off when he received Twitch partnership in January 2019 and transitioned to fulltime streaming on December 31, 2019 after half a year of moving to a part-time position at his IT job.

He has a long-distance girlfriend based in London.

I rushed challenger on EUW from D1 in 24 days, 62% WR after getting coached and being hardstuck AMA link
League of Legends: An Interview with Elite500 – Best Vladimir in the World link
Elite500's Twitch chat commands link