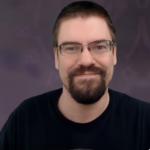 He and his wife have been together since high school and have a son.

CohhCarnage thought that the Hawaiian name ‘Ko’ sounded cool and wanted to use it as his user name. However, EverQuest required a username of at least four letters, so he applied an onomatopoeia. The second part of his name comes from his time as a member of a guild called ‘Carnage’.

Prior to streaming, Cohh was studying Game Design at Full Sail University. He then went on to work in Clinical IT, followed by working as a DJ and then producing Electric Dance Music.

During University, CohhCarnage was part of a guild called ‘Carnage’ and in April 2013, A new video game came out called Defiance that he really wanted to show them, so he opened a Twitch channel so that he could stream his gameplay and show them how great it was. He started becoming well known while he was playing Defiance, and one day he decided to post that he would be streaming his gameplays on Twitch. Suddenly, he found that many people were going to watch his channel. His channel slowly began to grow from there. After over a year of streaming, he was able to risk going full time.

Over time, he took suggestions from his viewers on how to improve his channel and eventually developed an entire team dedicated to enhancing his streams.

He started streaming as a hobby and even started a video game design studio, Nectar Studios, while there. However, he had been streaming as a hobby on the side, and when that took off, he decided to drop out of University to focus on his streaming career. Nevertheless, he maintained his studio and plans to release his game on Kickstarter in the future.

This had been his goal in taking his degree at university, but he discovered that the majority of his courses were not helping him to further his goal in actually creating his own game. This factor, combined with his streaming career providing him with the means to actually fund the creation of his game, both influenced his decision to not resume his course. However, his company dissolved in August 2017, and he decided to focus completely on his streaming career.

CohhCarnage is estimated to have around 16,900 subscribers. This would net him around $59,150 USD per month, excluding revenue from tips, sponsorships and advertising.

Daily: 13:00 UTC onwards, usually for between 4 – 9 hours, with a lunch break intermission.

• ‘The best thing I would recommend is either finding a game that has a new release or a game that has a lot of viewers normally and watching it - Don’t just start streaming it whenever you want. Look for opportunities to put yourself in a position where you may get some of those viewers. A really, really hot time for new releases is about a week after they come out; all the big streamers are done with them and then in the early morning hours… if you want your channel to grow, the first thing you should be thinking about is positioning.’