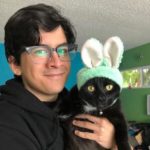 He stated on Reddit that, “‘based’ comes from ‘based god’ and ‘yoona’ comes from one of the singers in the kpop group Girls Generation!“

He started playing League of Legends (LoL) in 2011 during Season 2.

Based_Yoona started streaming after high school. In February 2016, Based_Yoona was given a substitute AD Carry position on CounterLogic Gaming’s LoL Black team. After a while, he was given the opportunity to try out for a fulltime position in mid-2016. However, he decided to forgo it in favor of pursuing a fulltime streaming career along with Scarra, who provided him with all of the financial support that the needed to get his stream off the ground. He has also been an unofficial member of the OfflineTV crew since he left the house in 2017. He then stopped streaming in January 2018.