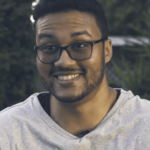 Aphromoo has wanted to be a professional gamer since he was a teenager and has been honing his skills since then. When he graduated from high school, his parents gave him two months to try out streaming, on condition that he go to college otherwise. He made ~$8,000 USD in his first month, and so his parents became supportive of his dream.

He was eventually approached to join VY Esports and they were on a losing-streak for a long time. He took breaks from professional tournaments at different times but continues to play professionally.

He currently has around 350 subscribers, which would earn him between $900 - $1,225 USD per month, excluding his salary from 100 Thieves, tips, advertising and sponsorship revenue.

Sporadic due to his professional LoL obligations.

Sony A7 III
Tweets by @aphromoo