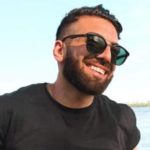 Alicopter started playing League of Legends (LOL) towards the end of season 3, which would be towards the end of 2013. He initially began maining Alistar in season 6 purely based on necessity. His PC at the time had a low fps rate, so he felt that it would be better to stick with a ‘click’ Champion. After a lot of griding, he finally hit Challenger for the first time in Season 8.

In early 2020, he became a certified Real Estate Broker.

He started streaming on Twitch in early November 2018 as ‘aiicopter,’ but later changed it to ‘Alicopter.’ Prior to streaming, he made a name for himself for playing with streamers such as imaqtpie, Yassuo and Scarra.

His favorite Alistar skin is Moo Cow. He even did a cosplay stream of it once.