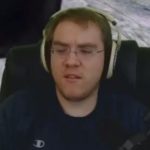 He chose the name ‘Barhoo’ when he first got his Xbox 360 because he was having trouble coming up with a name but was then inspired by his dog’s howling. The ‘Admiral’ part came from his having to think of a first name when he was setting up his Google Plus account and decided to choose it has a homage to Mass Effect 3.

Very little personal information is known about him.