The Generation Gaming (Gen.G) Esports team, formerly KSV Esports, was founded in August 2017 by major mobile gaming company Kabam. Their first team was the Korean Overwatch League team, Seoul Dynasty. Soon after, they established League of Legends and Heroes of the Storm teams which won the 2017 League of Legends World Championship and 2017 Heroes of the Storm Global Championship. They now own over ten esports teams, support a number of Twitch content creators and were ranked #7 On Forbes’ list of top 12 of 2018’s World’s most Valuable Esports Companies.

In April 2019, actor Will Smith signed on as an investor for the G2 Esports team’s ongoing expansions in the eSports scene. They currently have headquarters based in Seoul, South Korea, Shanghai, China and Los Angeles, CA. 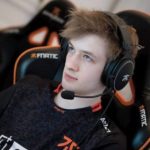