Fall Guys was first released on August 4, 2020 as a new take on the Battle Royale genre, where instead of killing off your opponents (although that is technically possible.) Here, a group of 60 beans are plopped down into a randomized mini-game where the goal is to outlast them to make it through to the next one. These mini games can be anything from obstacle-course races, team-based games to memory games, with new mini-games being regularly cycled in and out of the pool to keep it fresh for players. Each game usually lasts around 10 – 20 minutes over the course of about 5 rounds, with fewer and fewer competitors being able to qualify for the following round until one Fall Guy is declared the Winner.

This game entails a once-off fee that then grants the player access to the game for life, with no need to pay for each new season pass but is free for PlayStation 4 users. There are however separate aesthetic item-packs, but most of the shop items can be unlocked either through in-game currency purchases in the item shop or through earning point-goals for season pass progression.

There are two currencies in the game, Kudos, which are just earned from placements and Crowns that are earned from wins. An interesting aspect of the shop is that sets are sold separately and can be mix-and-matched, so that you can random combinations such as a world’s head combined with ninja pants. Each player is given a random Fall Guy number for each game so as to prevent stream-sniping and player-griefing. 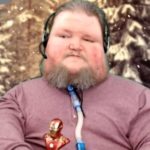