Dota 2: Auto Chess is an F2P user-created mod mini-game for the Dota 2 community. Although it has ‘chess’ in the title, there is actually little resemblance between Dota 2: Auto Chess and real chess beyond the use of an 8 x 8 tile board. Each game is played against eight players, although each match is 1v1. Some are PvP and some PvE. Players buy pieces from the store, place them on the board and then watch them automatically fight their opponent’s pieces. This earns the player more gold with which to purchase and upgrade pieces in order to reduce their opponents HP to zero and win the game. 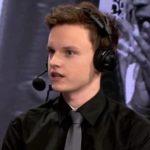