The CowChop team was founded in 2016 by UberHaxorNova and ImmortalHD, who uploaded their first YouTube video on April 1, 2016. Both were former members of The Creatures who were unhappy with the direction that their former team was taking and decided to create their own channel that allowed them more creative input with a more cohesive vision for their channel’s direction.

Unlike The Creatures, that were mainly based on YouTube at the time, CowChop focuses creating content on both their Twitch and YouTube channels. All members have their independent channels in addition to creating joint content on the CowChop team’s hub. The team content is known more for their IRL stunts and skits than for video gaming content, whereas the individual member’s channels feature both.

Their content is typically off-color, puerile and often disgusting. It is not  for younger audiences and is clearly targeted towards a younger male audience. 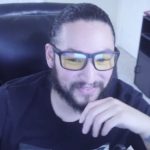