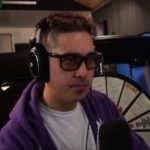 Trick2g's parents are supportive of his career. He also has a brother, sister and a daughter.

Trick2G was introduced to LEague of Legends by his friend, @Kunis and soon became addicted to it. He started playing right before Ranked was implemented during Season One in mid-2010.

He set up his YouTube channel on March 22, 2009 and started uploading regular content in 2012. He also launched his Twitch channel around that time, but only started using his facecam in August 2014.

His language is inappropriate for younger viewers.

He has over 4,600 subscribers, which should earn him around $16,100 per month. This excludes income from sponsorships, advertising, merchandise sales, tip revenue and tournament winnings.