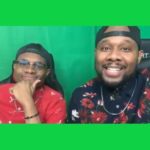 Playing basketball and other sports.

Tremell married his wife in 2016. TreAndJ also have a few other siblings. Their mom passed away a few years ago.

Tremel started going by ‘Tre’ after high school after getting fed up with people struggling to pronounce his name correctly during job interviews.

TreAndJ were introduced to video games buy their father who bought them Super Mario Kart when they were children. From there, they also played a variety of other games including Aladdin, Mega Man, The Lion King. Their dad also bought them the Sega Genesis on which they played Sonic the Hedgehog and other games. They moved on to fps games on the Xbox 360 and PlayStation when they were older.

Tremell became involved with basketball when he was in high school after his dad refused to let him participate in football due to his lankiness. His brothers also started playing with him at home. However, he pulled a back-muscle during his freshman year, which forced him to take a break. After serious rehabilitation, he was able to return to sports and tried out for football during his junior year and joined the varsity team during his sophomore year. However, after suffering a couple of injuries during his sophomore year, his future hopes were put to an end.

Justin, on the other hand, has been playing basketball since elementary school and continued playing throughout middle and high school. He was then able to go to Blue Mountain Community College on a basketball scholarship after graduating high school.

Justin started streaming on Twitch for fun during his junior year of high school in 2014. He was recognized for his Call of Duty (CoD) skills among the community and was soon approached to join a streaming team called Quad Core Gaming. TreAndJ set up a joint channel in 2015.

According to their Twitch chat bot, TreAndJ have ~965 subscribers. Therefore, they should be earning at least $2,410 USD per month. This is excludes other revenue that they receive from tiered subscriptions, sponsorships, advertisements, Twitch cheer bit contributions, merchandise sales and tips.

They don’t have a set schedule but tend to stream several times per week.