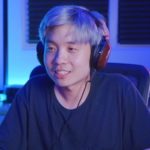 Violinist as well as a few other instruments, magic tricks and videography.

He has a younger sister who is also a musician and YouTube content creator. He also owns a dog.

He had originally used ‘Mugician’ as his gamertag, but people had been calling him ‘Mug’ for short, which he didn’t want transferring to his YouTube channel. He therefore changed it to ‘sleightlymusical,’ as it combined ‘sleight of hand’ with ‘musical,’ thereby retaining the concept behind his original tag.

thealbertchang began studying the violin when he was seven years old and started learning magic when he was ~fourteen years old after being inspired by a David Blaine White magic special. When he wasn’t working on his music or magic tricks, he would be playing video games.
He had originally planned on attending medical school when he was growing up but changed his mind while he was in college and had started collaborating with his friends to create YouTube content. He then decided that he would prefer to become an entertainer.

He originally started uploading instrumental pop-song covers to his YouTube channel in July 2011. He graduated from Promona College with a Bachelor’s Degree in Music and Pre-Med before pursuing a fulltime streaming as a career.

He and LilyPichu are no longer in a relationship.

According to his Nightbot, thealbertchang has ~1,300 subscribers. This means that he is minimally earning $3,250 USD per month, before receiving additional revenue from sources such as sponsorships, advertisements, tiered subscriptions, donations, and Twitch cheer bit contributions.