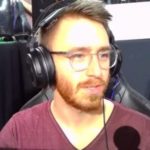 GoldGlove and his wife have a son. He is close to his mom, step-dad and younger sister.

The Gold Glove Award is one of the biggest Major League Baseball awards that players can receive. He chose it as his username to pay homage to his first love.

During his early life, GoldGlove was more interested in playing baseball and other sports than video-gaming, especially as his father would only allow he and his siblings to have limited time on their Nintendo. He had hoped to get a scholarship into College, but when he was in his late teens, he suffered a serious injury to his arm and was no longer able to compete. In order to compete with his depression, he turned to video games and streaming. He started streaming with a camera in 2009 when he was still seventeen. He switched from controller to PC in 2010, when the H1Z1 mod was released.

In 2010, his YouTube account was deleted for copyright infringement, but the streaming community rallied to support him, which gained him even more subscribers than he had previously had to his new channel. Due to his success, he decided to move to Los Angeles with four other streamers to try make a living out of full-time streaming. In 2013 he moved back to Portland to be close to his family.

GoldyGlove has over 4,500 subscribers, which should earn him at least $13,500 USD per month, excluding income from tips, merchandise sales, sponsorships and advertising.