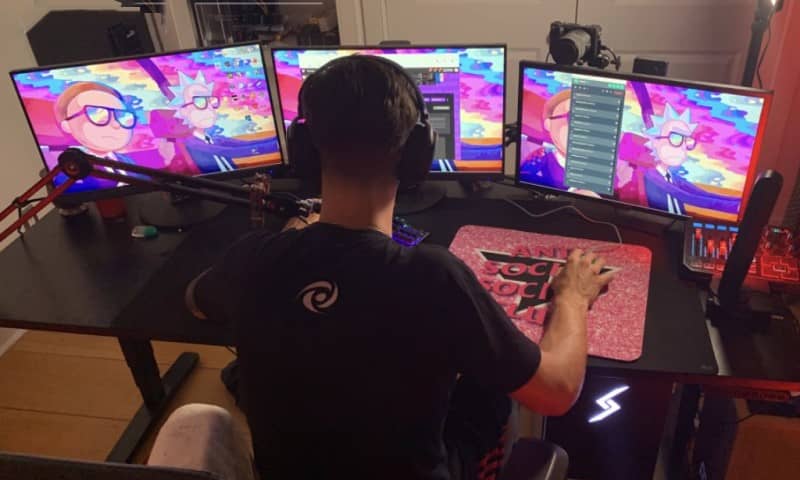 NateHill’s skills were first recognized when he and his teammates won the 2018 Red Bull Rise Till Dawn Tournament that was hosted by Ninja in Chicago. From there, his channel quickly grew, and he has since gone on to win many more tournaments and cash cups. However, it’s not just his fps skills that draw viewers, as he is also popular for his guitar jamming sessions where he sings various covers with the occasional cover thrown in.

As he focuses both on gaming and entertainment, it is worth checking out the equipment in NateHill’s gaming setup up as it was chosen to enhance both his gameplay as well as his video and audio production quality.

WHAT MOUSE DOES NATEHILL USE? 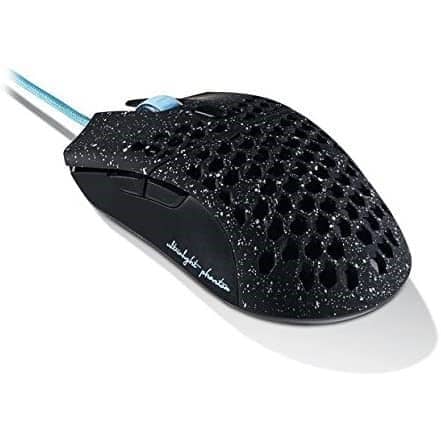 NateHill uses a FinalMouse Ultralight Phantom mouse. The Ultralight Phantom is a limited-edition ambidextrous gaming mouse that is currently unavailable. It utilizes Omron switches and is fitted with a PMW3360 Optical sensor that offers a DPI range of between 400 – 3200, a tracking speed of up to 350 IPS and a maximum acceleration 50G. Its polling rate is 500Hz@2ms.

Its chassis is constructed from a lightweight plastic that is punctured with hexagonal holes to further lighten it thereby bring its weight to around 67g (2.4oz). The splatter on each mouse is done individually, and so is guaranteed to be unique to each unit.

WHAT MOUSEPAD DOES NATEHILL USE? 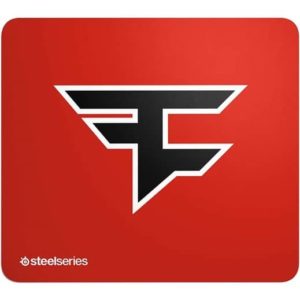 NateHill uses a SteelSeries QcK Faze Clan mousepad. This is another limited-edition item that has dimensions of 45 x 40 x 0.4cm (17.72 x 15.75 x 0.08“). Its surface is made from micro-woven cloth while its base is made from non-slip rubber.

WHAT KEYBOARD DOES NATEHILL USE? 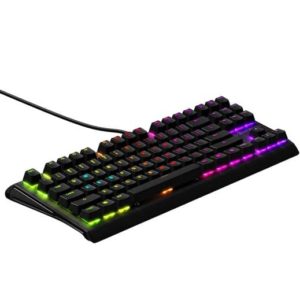 NateHill uses a SteelSeries Apex M750 TKL keyboard. It is constructed with UV-coated plastic keycaps set on a 5000 Series aluminum alloy top panel and plastic base. It utilizes QX2 linear mechanical gaming switches that have an actuation point of 2mm, a total travel distance of 4mm and force of 45G. It also features full N-key rollover and 100% anti-ghosting to prevent keystrokes from not being inputted during use.

The Prism Sync RGB backlighting can be set on a per-key basis through the SteelSeries Engine software, including in-game event responses such as low ammunition and health. This software also allows you to set your macro functions and profiles.

WHAT HEADSET DOES NATEHILL USE? 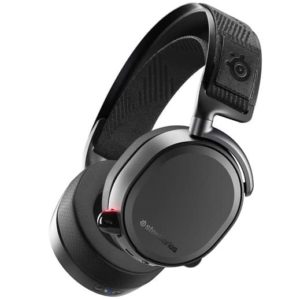 NateHill uses a SteelSeries Arctis Pro wireless headset. The SteelSeries Arctis Pro is a closed backed, surround sound gaming headset that is compatible with both PCs, Xbox Ones, 3.5mm mobile device ports, Nintendo Switches and PlayStation 4s. Its 40mm drivers fitted and Hi-Res speakers with high density neodymium magnets afford a frequency response range is between 10 – 40,000Hz which is nearly double that of the average gaming headset. Its sensitivity 102dB SPL with a nominal impedance of 32ohms.

Its headband is built from lightweight steel and aluminum alloy, while the rest is constructed from solid plastic. The headband is padded with woven ski goggle fabric as well as an adjustable suspension band. Its over-ear earcups are fitted with AirWeave fabric ear cushions It is fitted with a retractable ClearCast boom microphone that has a frequency response range of 100 – 10,000Hz, a sensitivity of -38dBV/Pa with an impedance of 2200ohms. It is bi-directional, flexible and noise-cancelling.

Aside from that it is suitable for Windows 7 and later as well as Mac OS X 10.9 and later, although the DTS:Headphone:X is only available for Windows. It comes with two rechargeable batteries, each of which last for around 10 hours, as well as a USB ChatMix Dial for PCs and a microphone windscreen. It also has Bluetooth functionality and Lossless 2.5G. It weighs 680g (1.5lbs).

WHAT MICROPHONE DOES NATEHILL USE? 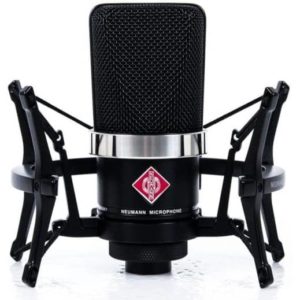 NateHill uses a Neumann TLM 102 microphone. NateHill’s gaming setup includes the Neumann TLM 102 which is a large-diaphragm cardioid directional microphone. It allows for a frequency response range of 10 to 20,000Hz and is specifically designed to focus on human voice ranges of between 8 – 12,000Hz. Its nominal impedance is at 50ohms and has a maximum SPL of 144dB.

It requires phantom power, so you will need to factor that in when purchasing the necessary audio interface for your XLR cable. Although the XLR cable isn’t included, it does come with a shock mount MT. It also has a built-in pop-shield to block out plosive sounds.

WHAT WEBCAM DOES NATEHILL USE? 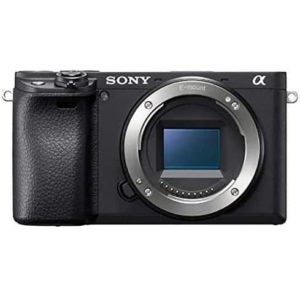 NateHill uses a Sony a6400 camera. The Sony Alpha a6400 is a mirrorless ASC 4K touchscreen camera that is designed for serious photographers, although not necessarily professional photographers. The primary features of this camera are its real-time eye AF tracking capabilities and especially its autofocus with 425 phase-detection points, both of with which it is capable of maintaining at recording speeds of up 30fps at 4K. This is useful for more established streamers who focus on chat engagement and full-screen recordings or IRL vlogging, although not necessarily worth the cost for newer streamers who could probably get by just fine with a basic plug-and-play webcam to start out with.

Aside from that, it can shoot 24.2 MP images at 11fps with an ISO sensitivity of between 100 – 32,000. This can be set to shoot continuously with still-shot pauses for anywhere between 1 – 60 seconds. Of course, while this is certainly impressive, its not necessarily relevant to streaming per se.

WHAT MIXER DOES NATEHILL USE?

NateHill uses a TC Helicon GoXLR mixer. The TC Helicon GoXLR mixer is among the most popular mixers used by streamers, with other users including Aydan, Sacriel and Danucd. It is a pretty compact 4-channel mixer that allows for one XLR or TS/TRS/TRRS headset and microphone to be connected at a time. The four volume sliders on the left half of the device are used to control the microphone, music chatting and system inputs respectively, while the controls on the right half are dedicated more to audio and voice effects.

The top right section controls voice effects such as gender-bending, echo, and reverb, while the bottom right quarter comprises of a voice sampler on the left for on-the-fly effects and the right side features a bleep and mute button. 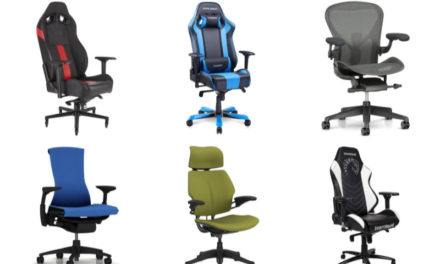 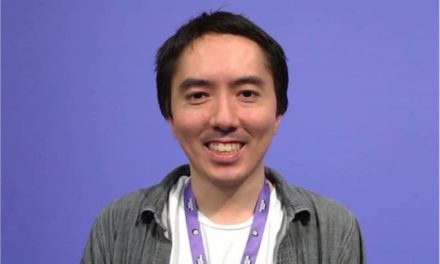 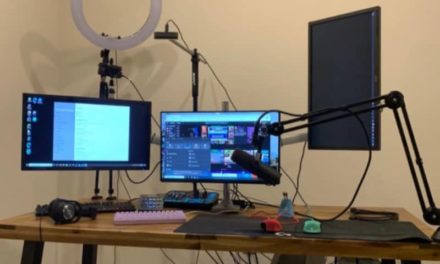 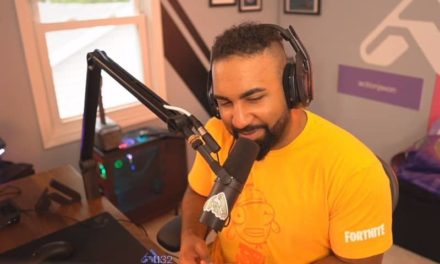